A 1953 song by Duke Ellington and Billy Strayhorn with lyrics by Johnny Mercer. 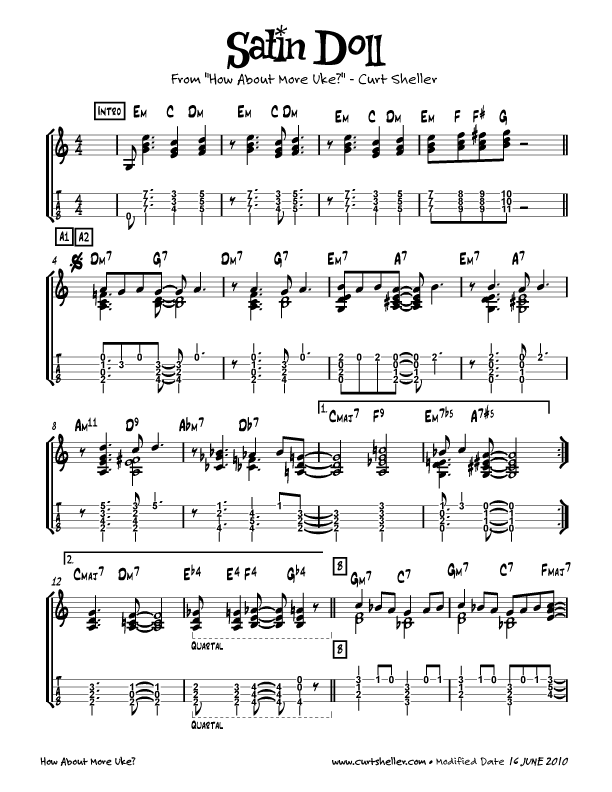 Satin Doll - is a jazz standard written by Duke Ellington and Billy Strayhorn with lyrics by Johnny Mercer. Written in 1953, the song has been recorded countless times, by such artists as Ella Fitzgerald, Frank Sinatra, 101 Strings, and Nancy Wilson. Its chord progression is well known for its unusual use of chords and opening with a II-V-I turnaround.

Johnny Mercer was often asked to write lyrics to already popular songs. The lyrics to *Satin Doll* were written after the song was already a hit in its instrumental version. Ellington used Satin Doll as the closing number at most of his concerts.

It is possible that the music was not co-composed by Ellington but solely by pianist-arranger Billy Strayhorn, who worked closely with Ellington.

The popular 1950s group, The Gaylords had a minor hit with their recording of Satin Doll in 1958.

( From www.jazzstandards.com ) - As a jazz standard, Early in 1953, Duke Ellington left Columbia Records to sign with Capitol Records, a company he felt would more effectively promote his music. On April 6, the band had their first Capitol recording session, producing Satin Doll, Without a Song, and Cocktails for Two. Satin Doll, with its Ellington piano solo, was a modest hit, entering the pop charts in June and rising to number twenty-seven. 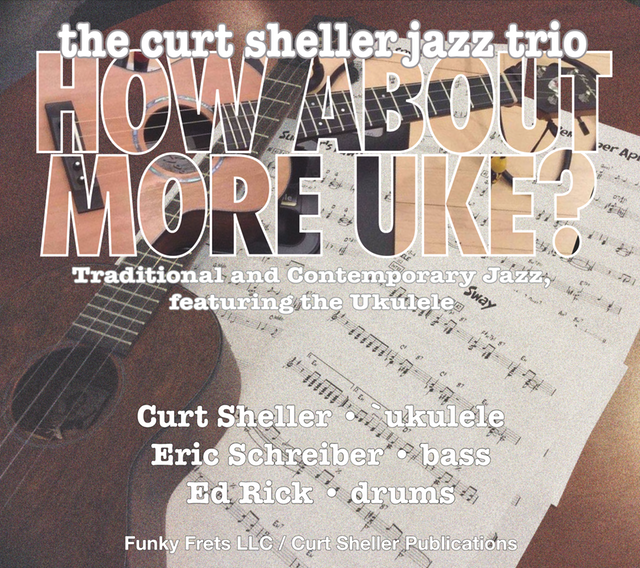 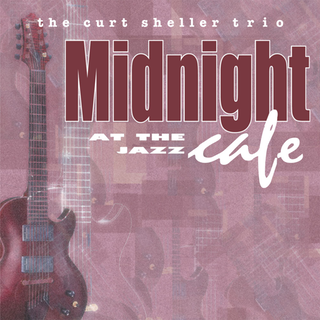 Satin Doll is available on my 2002 Jazz Trio CD: Midnight at the Jazz Cafe. The CD is available right here on the LearningUkulele.com eStore

No Road Map for Satin Doll check back soon.

Related Lessons for Satin Doll at this time.

These are the related song files, resources and assets for Satin Doll at this time.

Related Books for Satin Doll at this time. 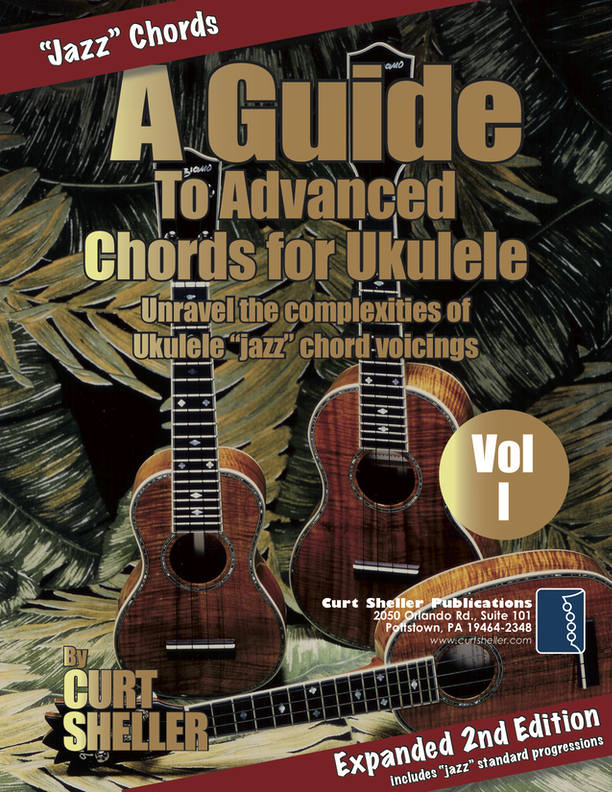 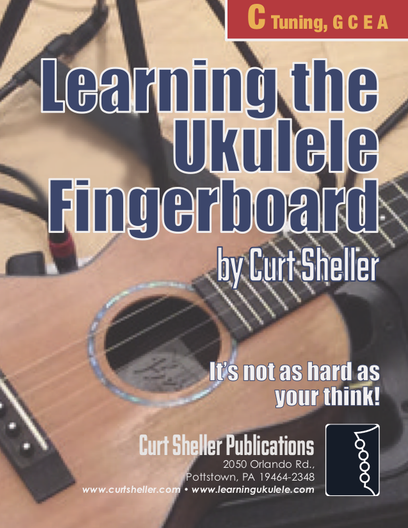 Satin Doll - is a jazz standard written by Duke Ellington and Billy Strayhorn with lyrics by Johnny Mercer. Written in 1953, the song has been recorded countless times, by such artists as Ella Fitzgerald, Frank Sinatra, 101 Strings, and Nancy Wilson. Its chord progression is well known for its unusual use of chords and opening with a II-V-I turnaround.

This content requires a Basic Access Paln and or enrolled in the Study with Curt - On-line or Private Lesson Program.