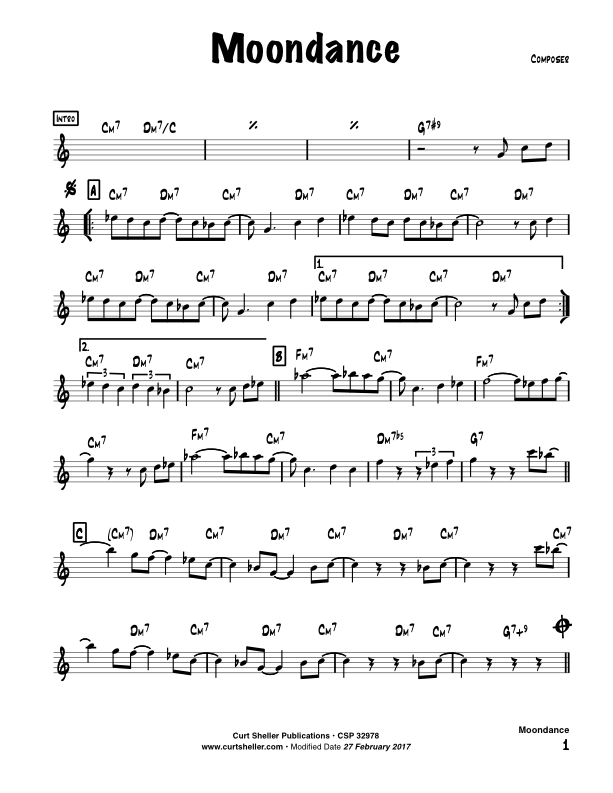 Moondance is a popular song written by Northern Irish singer-songwriter Van Morrison and is the title song on his 1970 album Moondance.

Morrison did not release the song as a single until November 1977, seven and a half years after the album was released. It reached the Billboard Hot 100, charting at #92. The single's B-side, "Cold Wind in August" had been released in the same year, on his latest album at the time, A Period of Transition.

"Moondance" is the most frequently played song by Morrison in concert, as it is the only song known to have been played over a thousand times.

Common Keys: A Dorian
First Melodic Interval: P5 ↑ M2. Starts on the perfect fifth and them up a major second. Gotta start the melody in the same key as the song. ;-)

Here is how I remember the melody of Moondance:

One hard part of the song is keeping track of the 16 measures of the Am7 to Bm7. If your are not singing Moondance yourself, simply counting the bars (4 at a time) really helps.

This is the original key of A Dorian. On ukulele I have a solo arrangement in Cm that I use when performing.

Chord lead sheet to the Van Morrison classic Moondance in the A Dorian.

A premium play-along track of Moondance. This is a great track for exploring the A Dorian and A Aeolian scales.

This is the version I created to perform on the ukulele with my trio. It's in C Dorian.

No Road Map for Moondance check back soon.

Related Lessons for Moondance at this time. 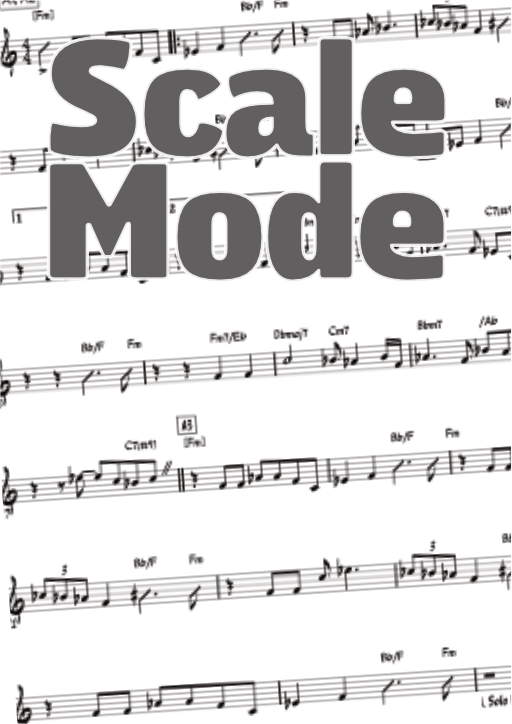 These are the related song files, resources and assets for Moondance at this time.

Chord lead sheet to the Van Morrison classic Moondance in the A Dorian.

A premium play-along track of Moondance. This is a great track for exploring the A Dorian and A Aeolian scales.

This is the version I created to perform on the ukulele with my trio. It's in C Dorian.

Related Books for Moondance at this time.

Related Songs for Moondance at this time.

Light My Fire is a song by The Doors which was recorded in August 1966 and released the first week of January 1967.

Written by Barry Mann and Cynthia Weil in collaboration with the team of Jerry Leiber and Mike Stoller.