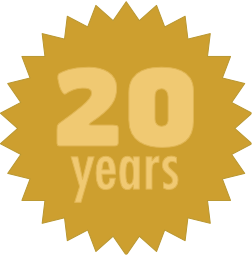 This Download is NOT part of your LearningUkulele.com membership level.

Each PDF file is a formatted, high resolution file that prints out great. You'll need a PDF Reader or application capable of viewing PDF files to view the PDF.

The Major Scale or Ionian scale is a diatonic scale, made up of seven distinct notes, plus an eighth which duplicates the first one octave higher. In solfege these notes correspond to the syllables “Do, Re, Mi, Fa, Sol, La, Ti/Si, (Do)”, the “Do” in the parenthesis at the end being the octave of the root.

A major scale can be seen as two identical tetrachords separated by a whole tone, or whole step. A tetrachord is a series of three intervals filling in the interval of a perfect fourth separated by a whole tone, or whole step. Or a set of steps Whole, Whole, Half, Whole, Whole, Whole, Half. Each tetrachord consists of two whole steps followed by a half step. Western scales do not skip any line or space on the staff, and they do not repeat any note with a different accidental. This has the effect of forcing the key signature to feature just sharps or just flats.

Any major scale can be figured out using this step sequence.

Or as the number of steps between each note of the scale:

Each note of a major scale can be numbered relative to its distance or number of steps from the tonic or One, the first note of the scale.

These numbers are also referred to as scale degrees. D is the second, E the third, F the fourth, G the fifth, A the sixth, B the seventh and finally, C again at the octave.

Using a fixed Do and ascending intervals here are some common songs you can use.

Here is a related lesson and with more information on Ear Training .

The chords for a C major scale are: 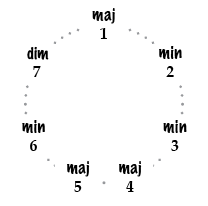 You can get a lot out of this sequence.

From the C major scale you can get the other major scales and their modes, major, relative minor and modes key signatures and the chords of the same.

Just memorize the key signature of the major keys and substitute place the sharp or flats in the circle of notes. Use a chart or the major scale step pattern: W W H W W W H, to figure out the scale. 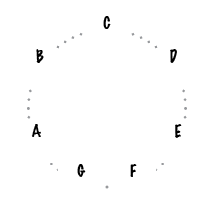 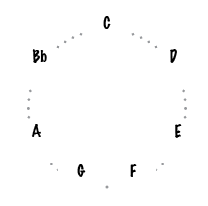 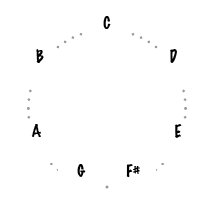 From the Major scales you can get the Traditional Scales: Natural Minor, Minor, Harmonic Minor, Melodic Minor, Tonic Minor, Diminished and Whole Tone.

Some scales are know by different names. Mixolydian is the Dominant scale. The Mixolydian +4 is the Lydian Dominant. Lots of names for the same scales.

Related Lessons for The Harmonized Major and Minor Scale Charts.

Related Books for The Harmonized Major and Minor Scale Charts. 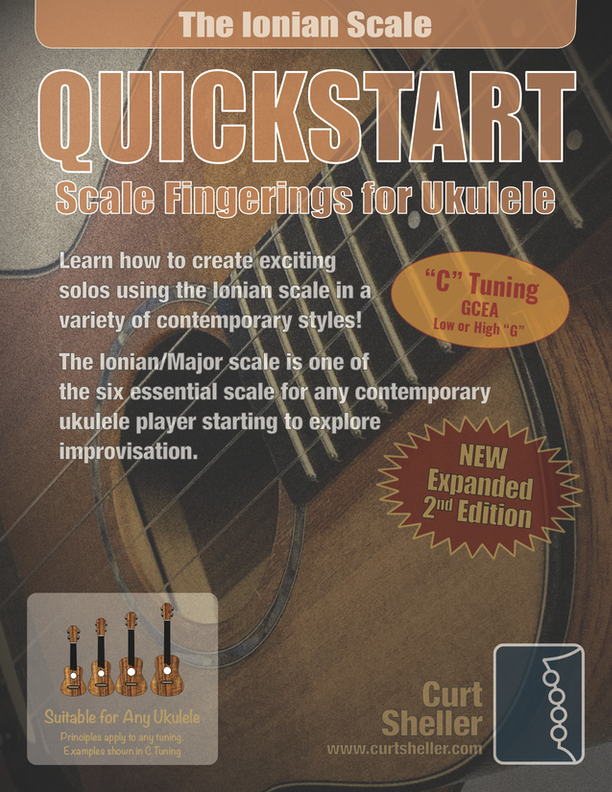 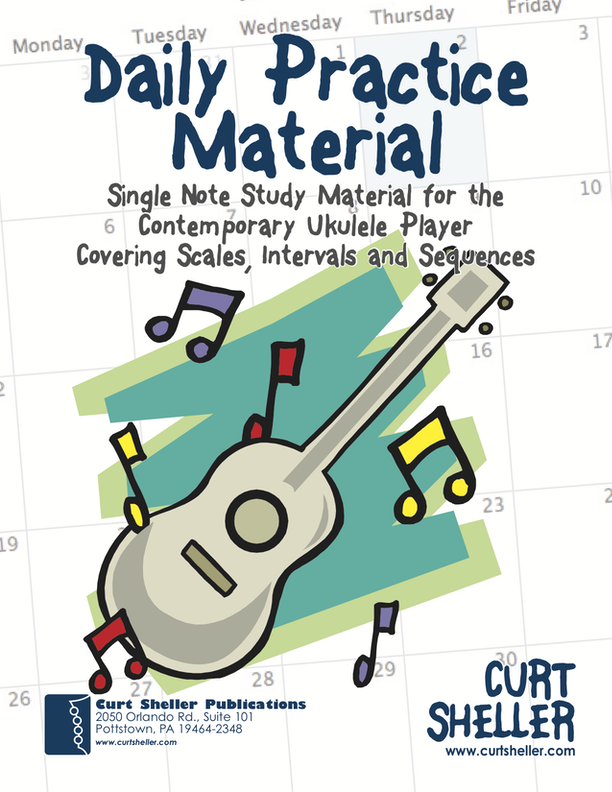 Lessons in the General Music series. The principles of how music works.

An interval is the distance between two notes. An interval has a name and a type. Intervals can be played one note (melodic) or two notes (harmonic) at a time, ascending or descending.

Traditionally, a tetrachord is a series of four tones filling in the interval of a perfect fourth. In modern usage a tetrachord is any four-note segment of a scale or tone row including the augmented fourth (+4). The term tetrachord derives from ancient Greek music theory, it literally means four strings.

Related Assets for The Harmonized Major and Minor Scale Charts. 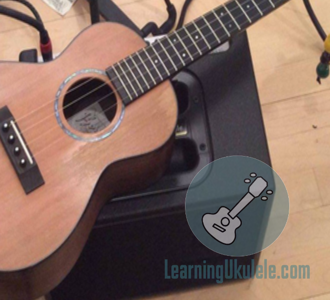