And where else in the musical world can you go, sing poorly, play simply and have a blast with your peers.

The music you play can be as simple or complex as you want. The ukulele is a powerful musical instrument for communication in its own right. And, did I mention it's a blast and lot of fun to play and explore.

It's the new social instrument for this millennium and here to stay this go around - the craze is over.

You'll not find a more accepting and helpful group of people that your local ukulele gathering. You'll make life long friends and have a great time.

So what's stopping you? Go get Yourself a `Ukulele and get going.

In 1879, a Braguinha arrived in Hawaii on a Portuguese ship loaded with laborers destined for the sugar cane fields with a Portuguese instrument called a Machete . Hawaiians made the instrument their own and calling it "ukulele" which translates to "jumping flea," It's believed to have originated because of the way a performer's fingers jump around on the strings. 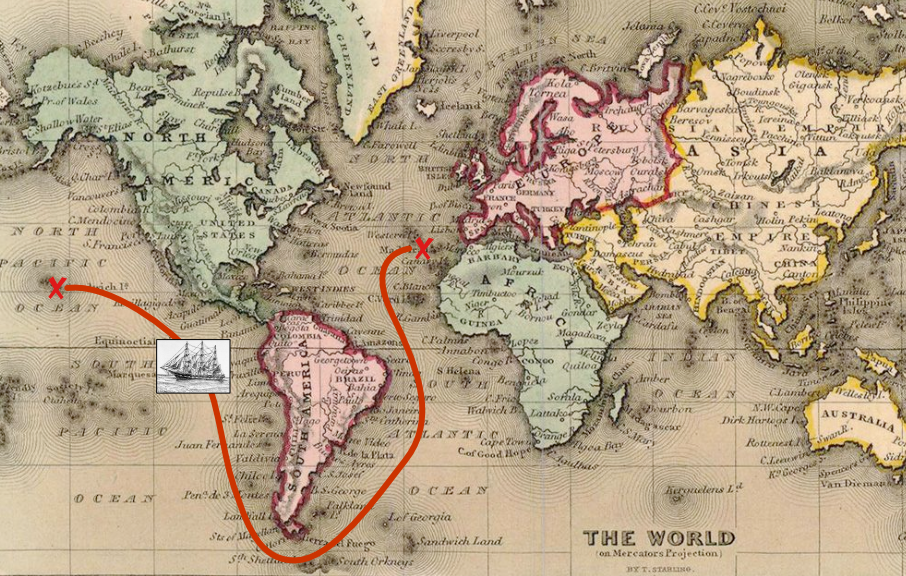 Here is a link to a great article, with a lot more information on the History of the `Ukulele by Dagan B.

( from WikipediA ) - best known of several similarly named ships, the Ravenscrag (spelled without the "i") is a British sailing vessel commanded by Capt. Biggam that on 23 August 1879 brought 419 Portuguese immigrants from the Madeira Islands to the Hawaiian Islands to work as contract laborers in the sugarcane plantations. The ship left the Madeiran port of Funchal on 23 April 1879 and took exactly four months to cross the Atlantic Ocean, round Cape Horn, and then sail across the Pacific to Honolulu, Hawaii. Among the passengers were Manuel Nunes, Augusto Dias, Jose do Espirito Santo, and Joao Fernandes, who are credited with introducing the ukulele to Hawaii. This was the second ship of Portuguese immigrants to reach the Islands, having been preceded on 30 September 1878 by the German bark SS Priscilla.

The ‘Ukulele: A History

Since its introduction to Hawai‘i in 1879, the ‘ukulele has been many things: a symbol of an island paradise; a tool of political protest; an instrument central to a rich musical culture; a musical joke; a highly sought-after collectible; a cheap airport souvenir; a lucrative industry; and the product of a remarkable synthesis of western and Pacific cultures. The ‘Ukulele: A History explores all of these facets, placing the instrument for the first time in a broad historical, cultural, and musical context.

The Ukulele: A Visual History

From its birthplace in Portugal to its famous Hawaiian home, the “jumping flea” has left its mark on popular music and pop culture worldwide. This book traces the uke's evolution with colorful whimsy. Readers will meet some of the world's greatest ukulele players through profiles, photos, and a list of recordings. Splendid color photos show more than 100 of the finest and most unique ukes and vintage catalog illustrations, fanciful sheet music covers, and witty ads that capture the craze of the 1920s and '30s.

A Stowaway Ukulele Revealed: Richard Konter & the Byrd Polar Expeditions is the unlikely and compelling story of a globe-trotting, ukulele-strumming Brooklyn sailor named Richard Konter and his famous autographed instrument. At the height of the ukulele craze, Konter was a go-to arranger for Tin Pan Alley composers and publishers.

Virtuoso musicians such as Jake Shimabukuro and James Hill are altering traditional perceptions of ukulele music. As well as singer / songwriters such as Victoria Vox touring the world.

The third wave of the ukulele corresponding the influence of YouTube and the Internet.

Check out all the famous people and musicians associated with the ukulele on the Ukulele Musicians Page .

A shift from the popularity of radio to most households have access to a TV and the second wave of the ukulele craze.

Ukuleles all the rage. This corresponds to the popularity and availability of radio in the decade of the 20s to 40s.

Panama Pacific International Exposition in San Francisco, California USA unveils ukulele to the world. The Panama–Pacific International Exposition (PPIE) was a world's fair held in San Francisco, in the United States, between February 20 and December 4 in 1915. Its ostensible purpose was to celebrate the completion of the Panama Canal, but it was widely seen in the city as an opportunity to showcase its recovery from the 1906 earthquake.

Portuguese sailors introduce Hawaiians to small four-stringed instrument that gave rise to the ukulele. King David Kalakaua was influential in the initial rise of popularity of the ukulele.

Should You Study Music With A Teacher or Should You "Wing" It On You Own?

This question always comes up in this type of discussion about music.

An objective assessment of the two alternative approaches leads me (Chuck Anderson) invariably towards the formal route. Why? Because without guidance, there is a tendency to go in circles, What do you practice, when do you move to the next topic? When are you doing something wrong? How do you practice what doesn't exist to you? - Chuck Anderson

Here are links to some great resources on Learning Ukulele with Curt for answering the questions to "What Do I Study?" when going it alone or with a teacher.

A ukulele can can be tuned to any tuning as long a s there is a string available and the construction supports it. With that in mind here are the common tunes for the four common sized ukulele.

The Baritone ukulele is tuned (D G B E), just like the thin 4 strings of a standard guitar. This is called "G" Tuning. String can be a low D or a high G.

The Soprano, Concert and Tenor ukuleles typically uses "C" Tuning G C E A or "D" tuning (A D F# B). The Tenor can also be tuned like the Baritone ukulele, typically with a high "G".

All the related goodies that go along witht he ukulele. The Strings , Cases , Pickups , Amplifiers , Cables , Pedals , and such to you might need for your ukulele.

If you don't have any concert size instruments nearby to try in a store you can create the scale length on your tenor with an inexpensive capo. A capo on the second or third frets of a tenor leaves you with a scale length (and fret spacing) similar to a concert and the neck width at that level should be very close to that found on most concerts. And if you want to get an idea of what a soprano scale would feel like put the capo at the 4th fret and you'll be almost exactly at the standard 13 5/8 inch length. However the width at that point on a tenor will in most cases be greater than at the nut of a soprano.

Woman is at a uke festival with a lovely soprano ukulele under her arm. Another woman walks up and gazes admiringly at the first woman's uke, at which point the woman holding the uke looks over and says with a smile; "I got it for my husband." Second woman nods and says, "good trade."