Open position G and its movable form and variations. 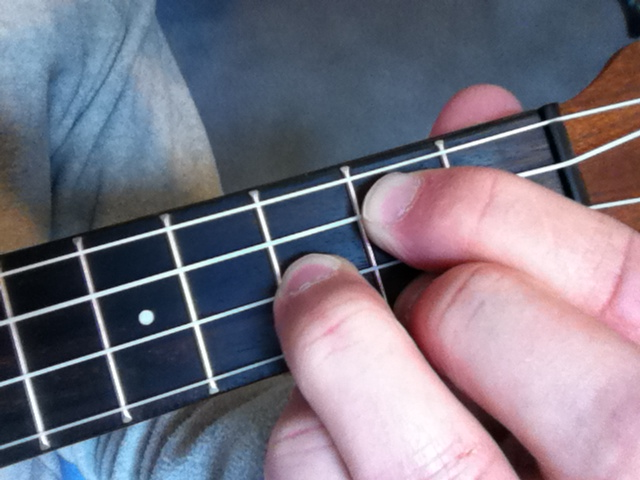 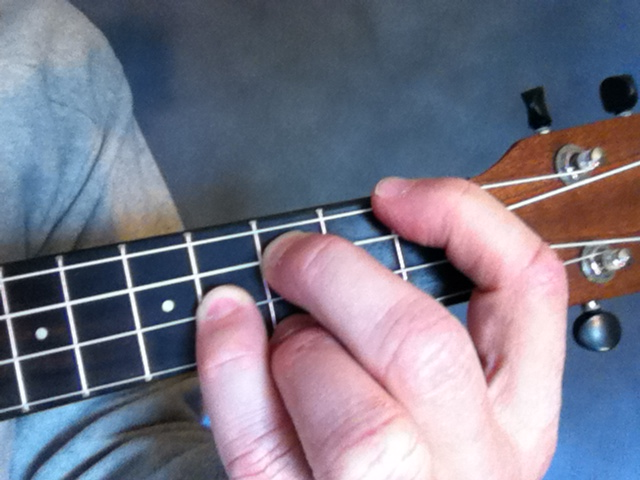 This alternate voicing is the open position F chord from lesson 3 and might be a bit easier to finger when first learning the ukulele.

String four and string two both contain the root of the chord and can used for transposition purposes.

Random chord sequence to get you moving around the neck. 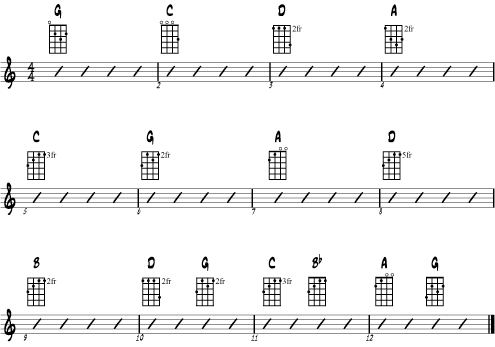 Learn a new Ukulele chord every day of the year. The chord for January 3rd is G. 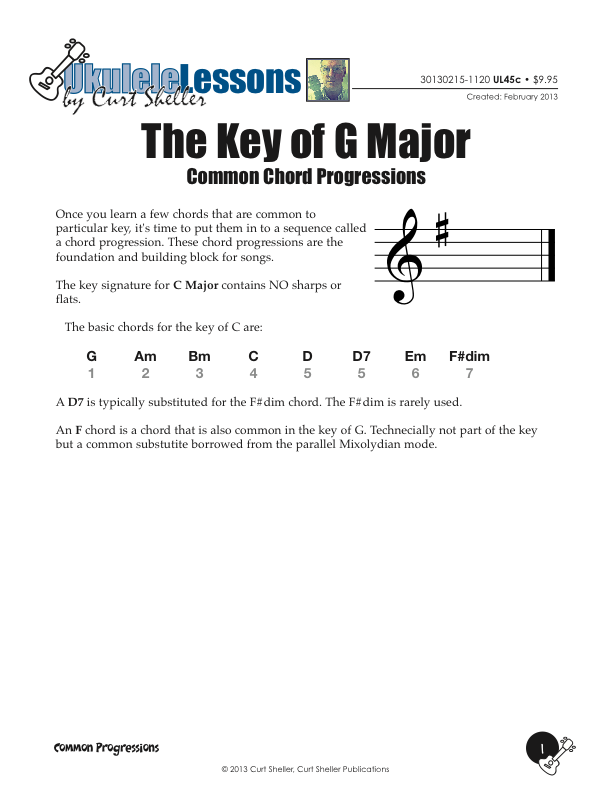