Open position E and its movable form and variations.

E is one of the chords, while theoretically possible, it is not the easiest to finger and initially will present some challenges. It is possible — however, the movable form is really functional in practice. Using the open position D movable form is a bit easier and will give you the same top note.

If you jam with guitar players a lot the do like the keys of A Major and E Major and you'll need to master the E major chord.

String three and string two both contain the root of the chord and can used for transposition purposes.

The two roots for this chord are actually the same exact note.

A power 5 chord is not practical with his voicing. 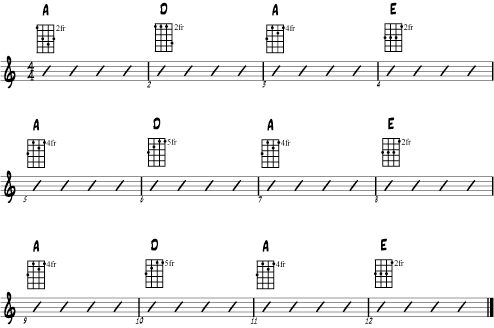 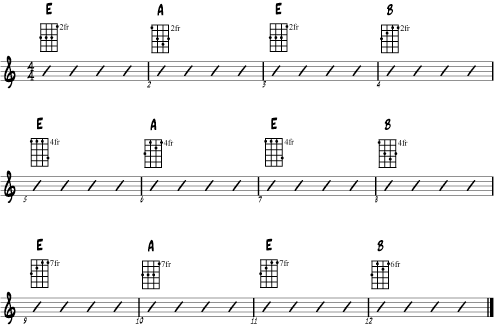 Learn a new Ukulele chord every day of the year. The chord for January 17th is E.

The key of B major-G# minor.