This is actually a partial D7 chord - sometimes referred to as the Hawai'ian D7.

The Blues are at the heart of all American music. From the Rock, Country and Folk to Jazz. Making the form a great way to get a handle on this weeks chord. 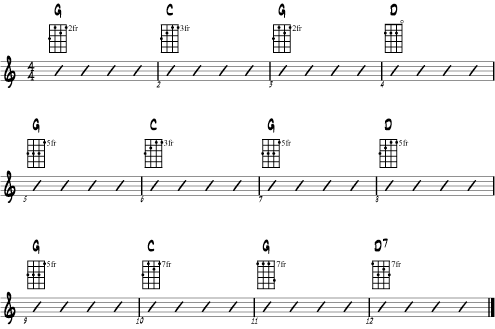 Make all the chords in this D blues progression seventh chords. 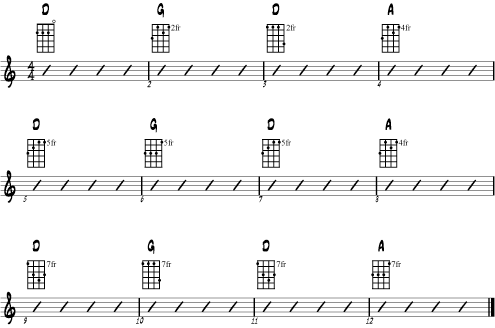 Learn a new Ukulele chord every day of the year. The chord for January 11th is D7. Often called a “D Dominant 7’. The dominant actually refers to its function and is not a chord type.