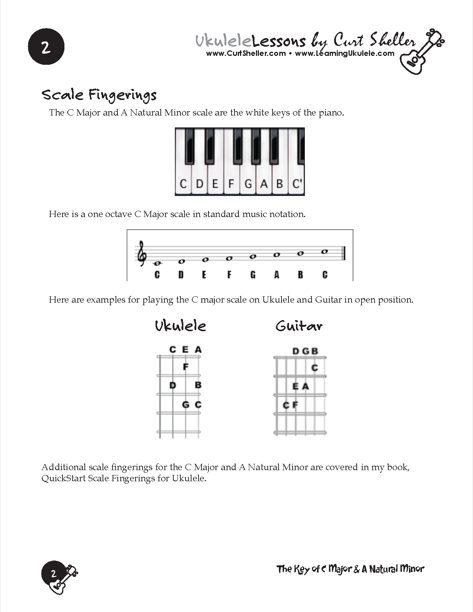 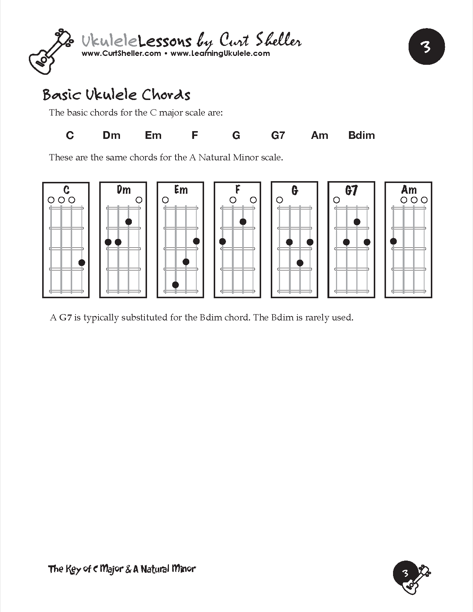 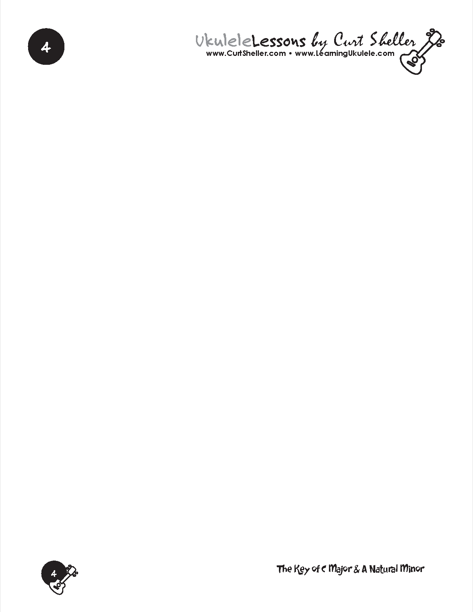 Each PDF file is a formatted, high resolution file that prints out great. You'll need Adobe Reader or a PDF viewing application to view your PDF file.

C Major (often just C or key of C) is a musical major scale based on C, with pitches C, D, E, F, G, A, and B. Its key signature has no flats or sharps.

Its relative minor is A minor, and its parallel minor is C minor.

C major is one of the most commonly used key signatures in music. Most transposing instruments playing in their home key are notated in C major; for example, a clarinet in B-flat sounding a B-flat major scale is notated as playing a C major scale. The white keys of the piano correspond to the C major scale (however, some electronic keyboards are pitched in B-flat). Among brass instruments, the more common trumpet is the trumpet in C, and the contra-bass tuba is in C. A harp tuned to C major has all its pedals in the middle position.

C major is often thought of as the simplest key, owing to its lack of either sharps or flats, and beginning piano students‘ very first pieces are usually very simple ones in this key, and the first scales and arpeggios that students learn are usually C-major ones. However, going against this common practice, the composer Frédéric Chopin regarded this scale as the most difficult one to play with complete evenness, and he tended to give it last to his students. He regarded B major as the easiest scale to play on the piano, because the position of the black and white notes best fitted the natural positions of the fingers, and so he often had students start with this scale. A C-major scale lacks black keys, and thus does not fit the natural positions of the fingers very well.

The C Major Key Signature has no sharps or flats for: C D E F G A B'. This is the C Major Scale.

Basic Chords for the Key of C

Note: The °7 is a Diminished Seventh chord. Thiis the chord that is substutited for a diminished (dim) chord. The °7 chord shown here can be G#°7, Ab°7, D°7, F°7 or B°7. Any one of the notes can be the ame of the the chord. Ever doublw flat and double sharp Enharmonic Equivalents .

Related Lessons for Key Signatures - C Major and A Minor. 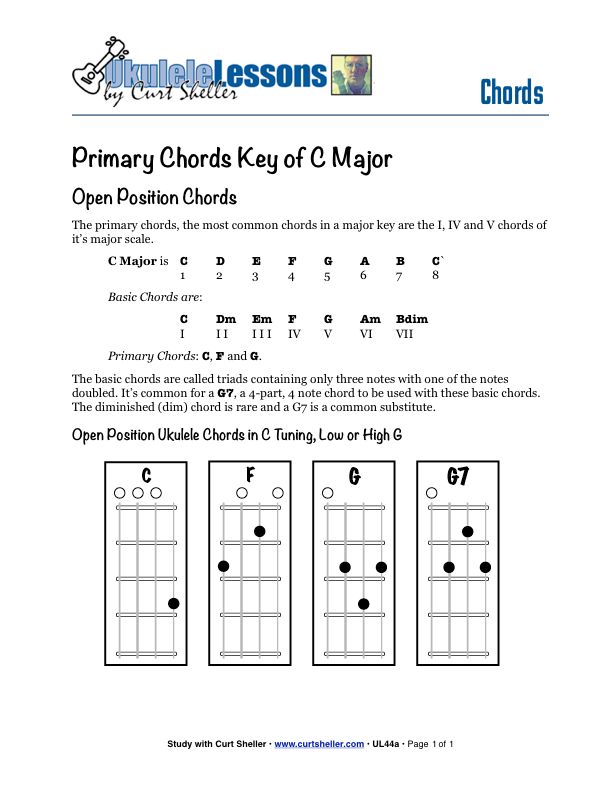 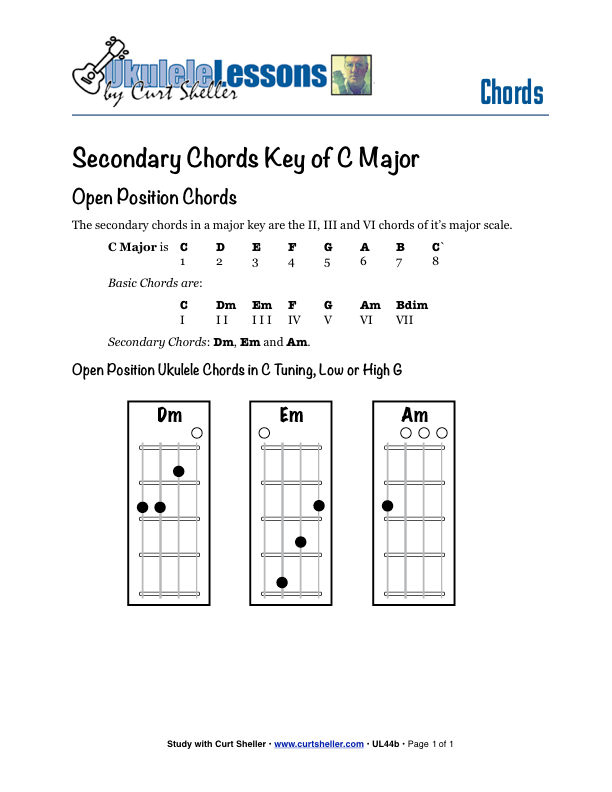 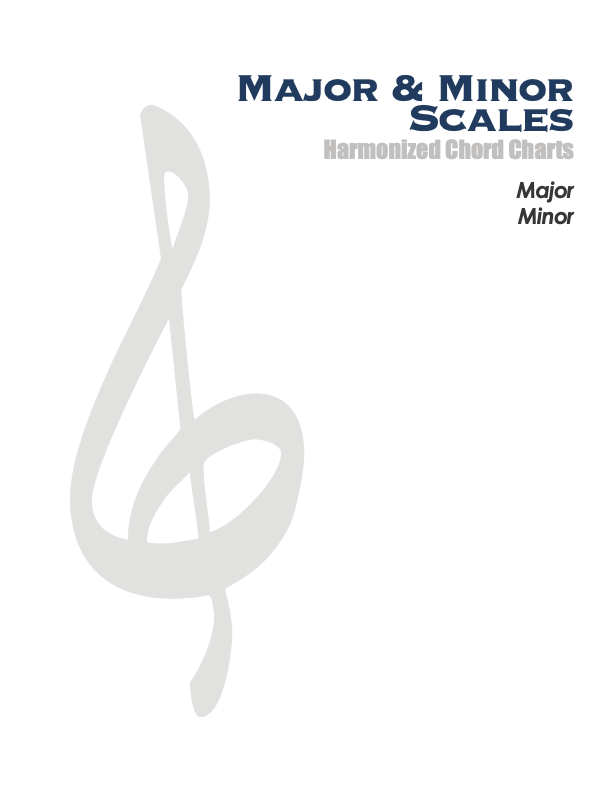 Major and Minor Harmonized Chord Charts are used for while doing a Harmonic Analysis (HA). Shows triads and 4-part chords for ALL 15 major and minor keys. "Yes, Virginia there are 15 keys." 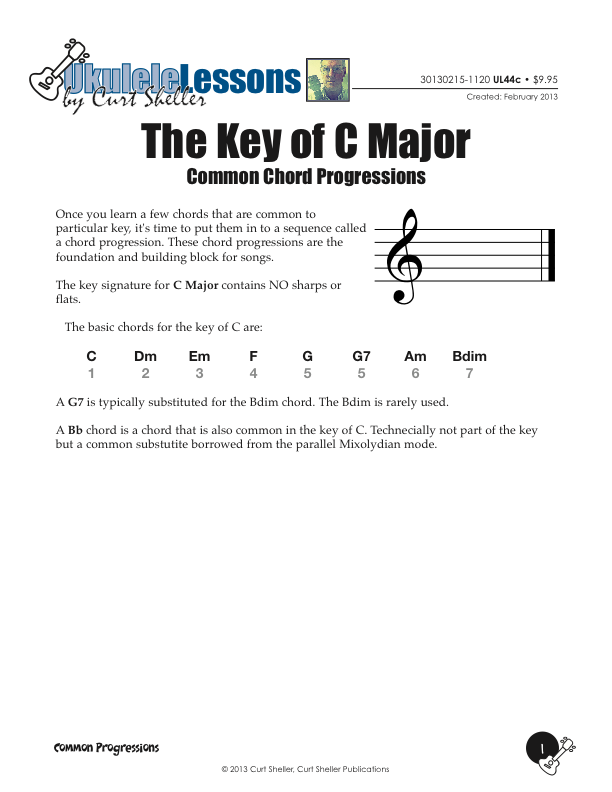 Sometimes called the “learning key”, the key of C Major is one of the easiest keys to memorize and begin using. C major (often just C or key of C) is a musical major scale based on C, with pitches C D E F G A B C. Its key signature has no flats or sharps. Its relative minor is A minor A B C D E F G A B. 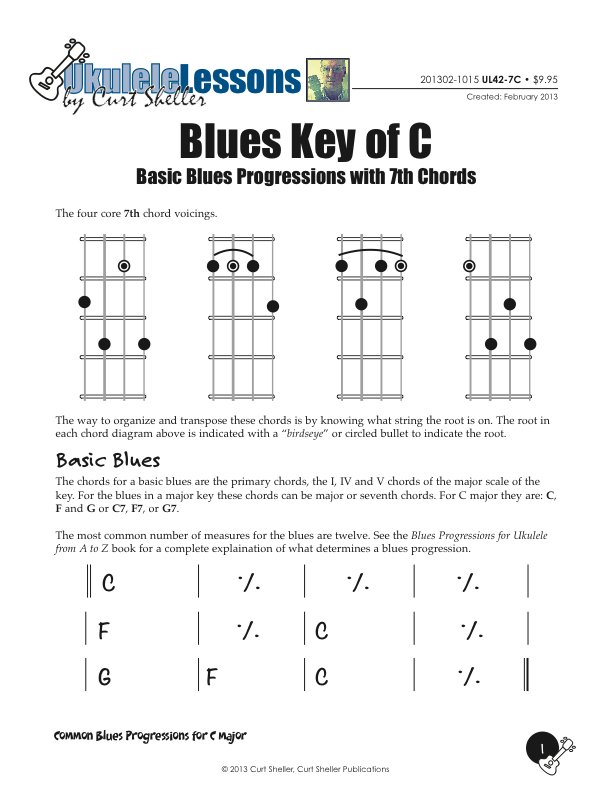 Basic and Quick Change blues chord progressions in the key of C major using the core 7th chords from the Big Six series of lessons. This is a great way to explore this core chord in various keys. These are the two most common blues progressions used in traditional and contemporary music. 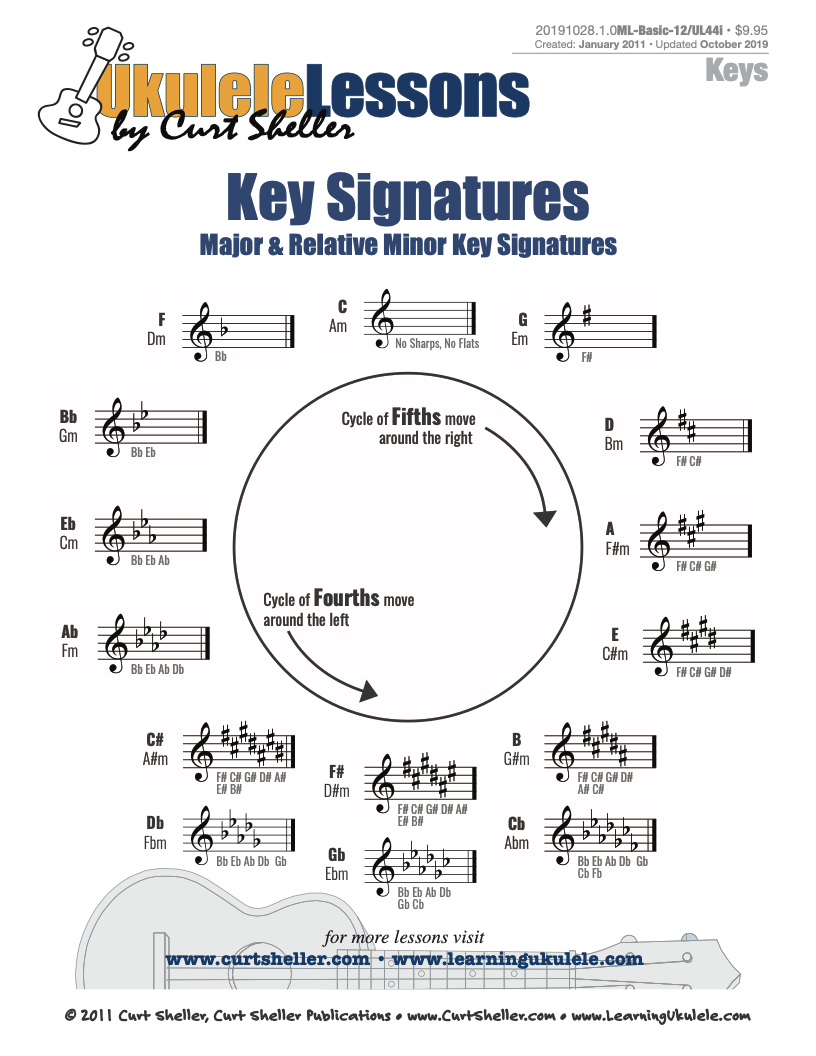 Key Signatures and the Circle of Fifths and Fourths • Updated: 02 Mar 2021

There is a load of information in traditional "Key Signatures." Unlocking the principles in this circle leads to a better understanding of music and how things work. A key signature is a series of sharp or flat symbols placed on the staff, designating the notes that are to be consistently played higher or lower than the equivalent natural notes. 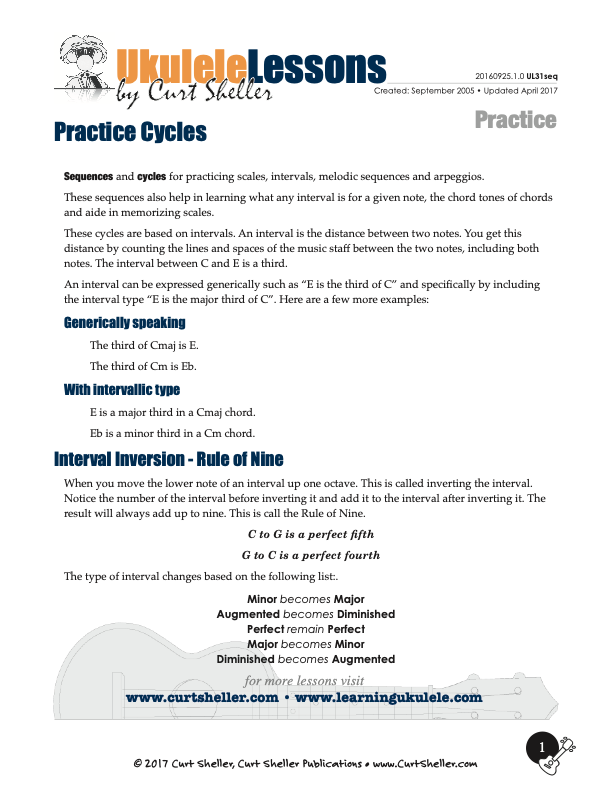 These sequences also help in learning where any interval is of a given note, the chord tones of chords and aides in memorizing scales.

Related Books for Key Signatures - C Major and A Minor.

The Blues are at the heart of all American music. It has influenced Country, Rock, Folk, Jazz, Bluegrass and just about every form of American music we listen to today. 26 blues progression in C and G tuning, progressing from basic to advanced jazz progression, with chord grids and substitutions explained.

Related Songs for Key Signatures - C Major and A Minor.

Sunny is the name of a song written by Bobby Hebb. It is one of the most covered popular songs, with hundreds of versions released. BMI rates "Sunny" number 25 in its "Top 100 songs of the century".

Related Assets for Key Signatures - C Major and A Minor.

A handy reference chart of all 15 major and relative minor key signatues. US Letter 8.5 x 11 sized.