A Secondary Dominant chord is defined as any seventh chord built on a scale root that is diatonic to the key that resolves up a perfect fourth or down a perfect fifth to a full diatonic chord. These chords function as a dominant (V) chord to the next chord, serving to temporarily tonicize the following chord.

A Full Diatonic chord in this context is any chord in the key that has it's Root and Chord type in the scale.

For any secondary dominant chord, and expansion substitution for the V , its II chord can also be preceded by its II — for a II V of V .

Secondary Dominant chords fall under the Partial Diatonic harmonic principle and are labeled as such.

Here are the possible Secondary Dominant chords as defined by the above definition for both Major and Minor tonalities.

Note: Major only, Minor does not fit our definition as Ab7 would resolve to Db, Dbmaj7 which is not a FUll Diatonic chord in the key of Cm.

Note: Major only, Minor does not fit our definition as B7 would resolve to E, Emaj7 which is not a FUll Diatonic chord in the key of Cm.

These Secondary Dominant chords can be preceded by there II chords.

Things can even go further with incorporating the Minor Third Substitution Principle and doing a tritone sub for the V for a II ♭II7 .

Some diminished chords are really functioning as disguised secondary dominant chords. So...

2) If the next chord is a major 7 or minor 7 chord, which if it was a I chord and the preceding chord could be its V chord. Then the diminished chord is really a 7♭9 chord — A Disguised Secondary Dominant.

Examples in Key of C

In them spirit of TMI (Too Much Information), here are few more to consider:

Bottom Line — when a diminished seventh chord resolves to a chord 1/2 step above its root it is functioning as a disguised secondary dominant chord. 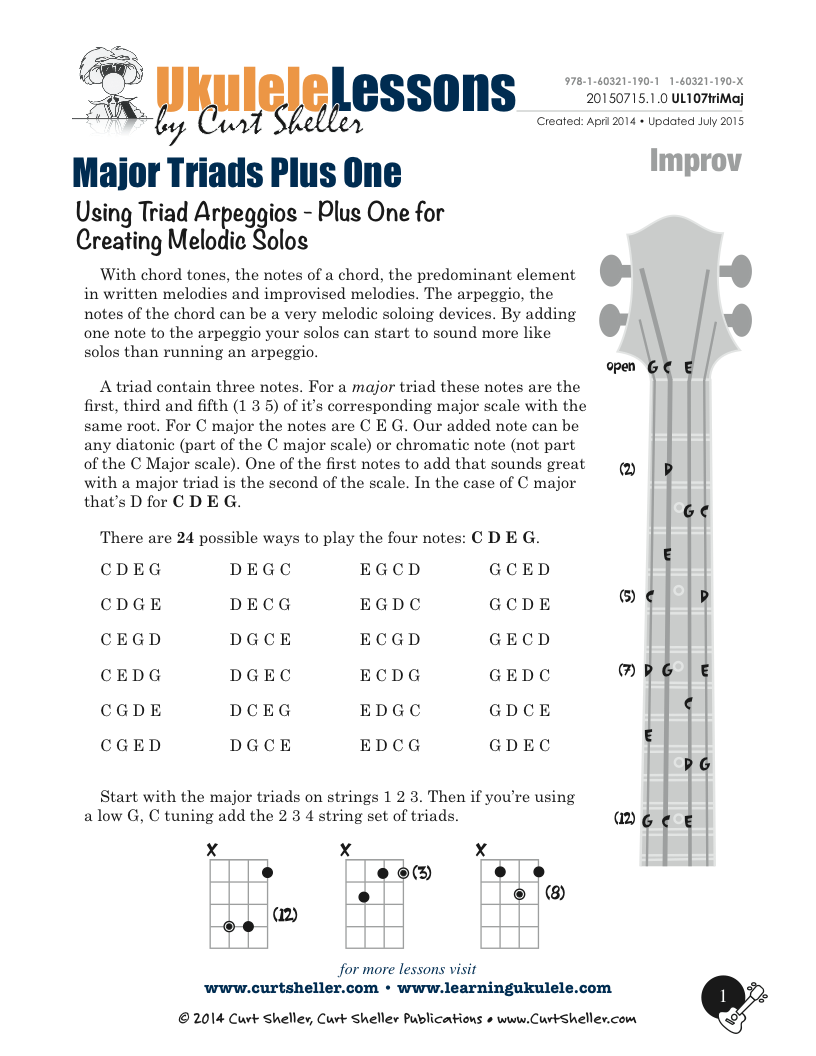 Using Major Triad Arpeggios - Plus One for Creating Melodic Solos. With chord tones, the notes of a chord playing a predominant role in writing melodies and in improvised melodies. The triad plus one additional note is a great melodic device for creating melodies - either written or improvised. 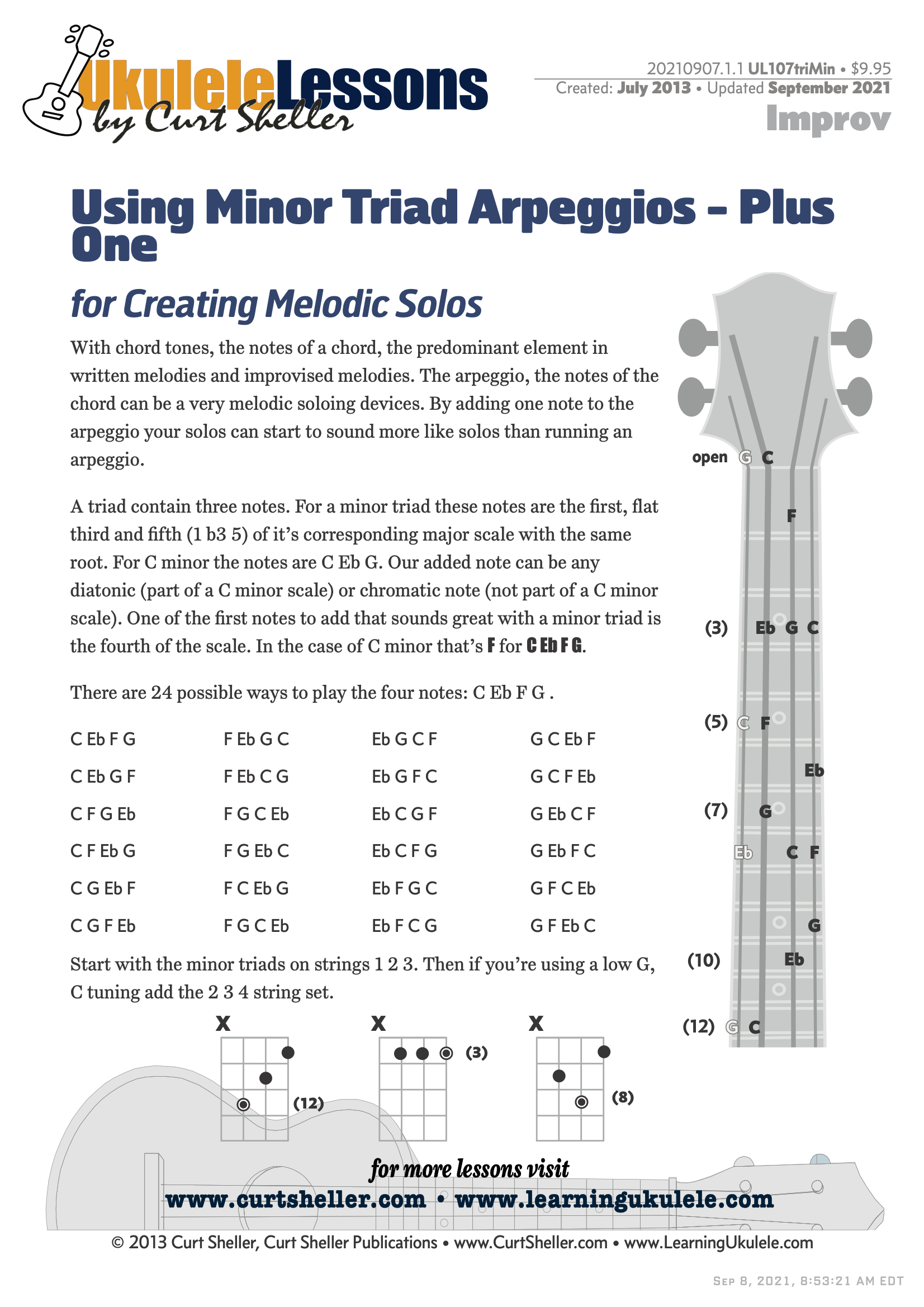 Using Minor Triad Arpeggios - Plus One for Creating Melodic Solos. With chord tones, the notes of a chord playing a predominant role in writing and in and improvised melodies. The triad plus one additional note is a great melodic device for creating melodies - either written or improvised. 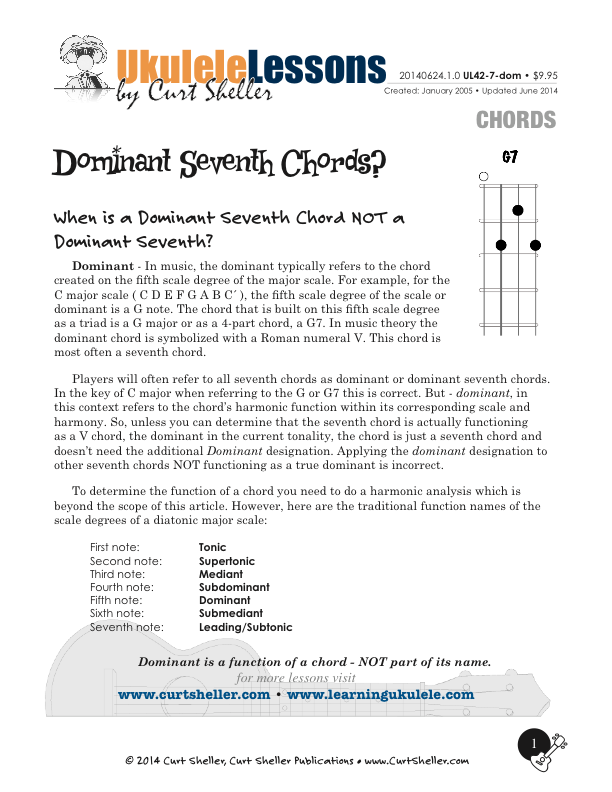 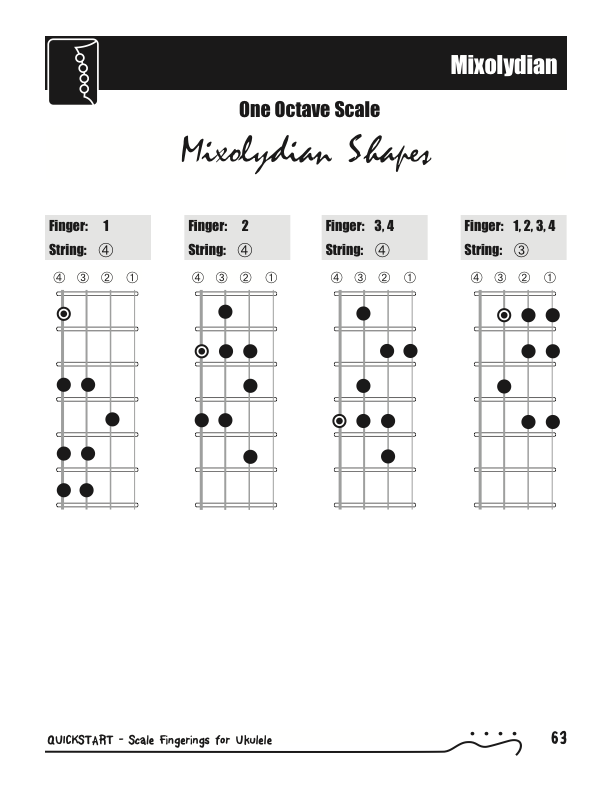 QuickStart scale shapes summary for "Mixolydian/Dominant", one of the six essential scales that every ukulele player should know. 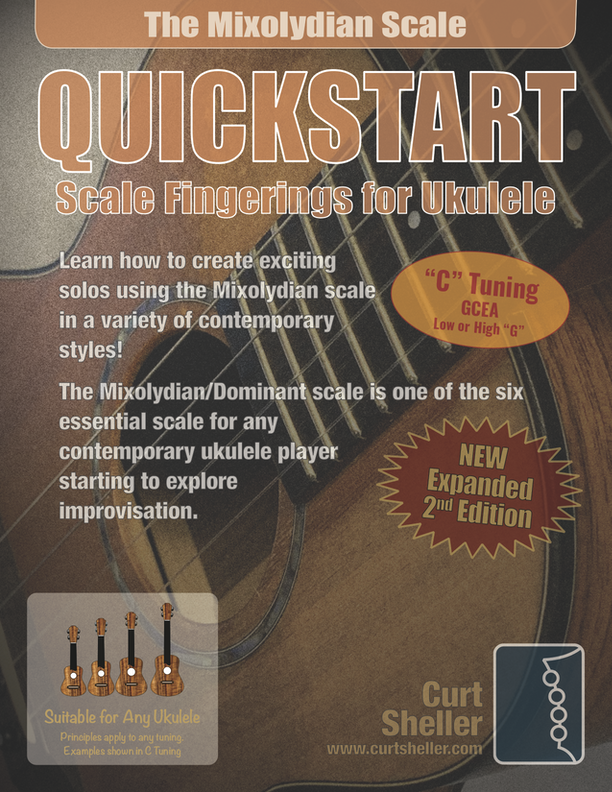