The Learning Process Which Way is UP? What Finger is What? The Ukulele Chord Diagram Your First Chord String Combinations The Ukulele Scale Diagram Reading Ukulele TAB Standard Music Notation The Trouble with TAB 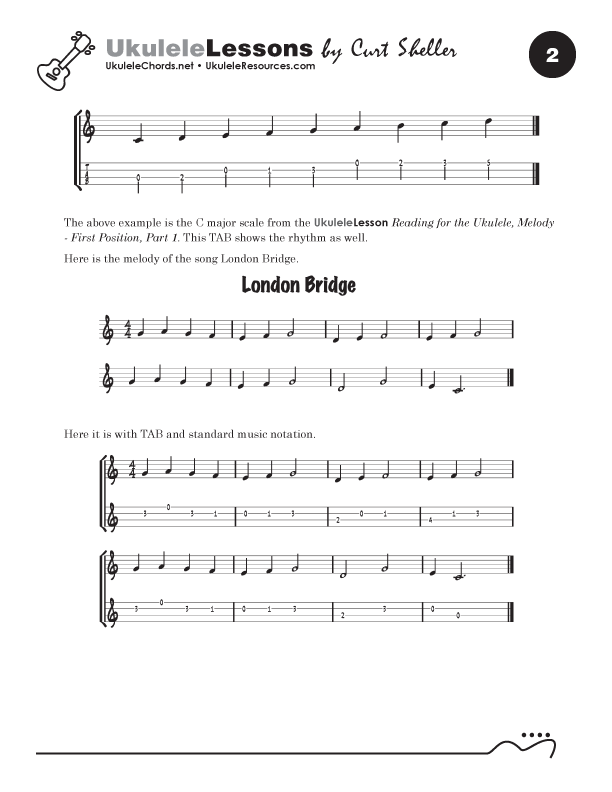 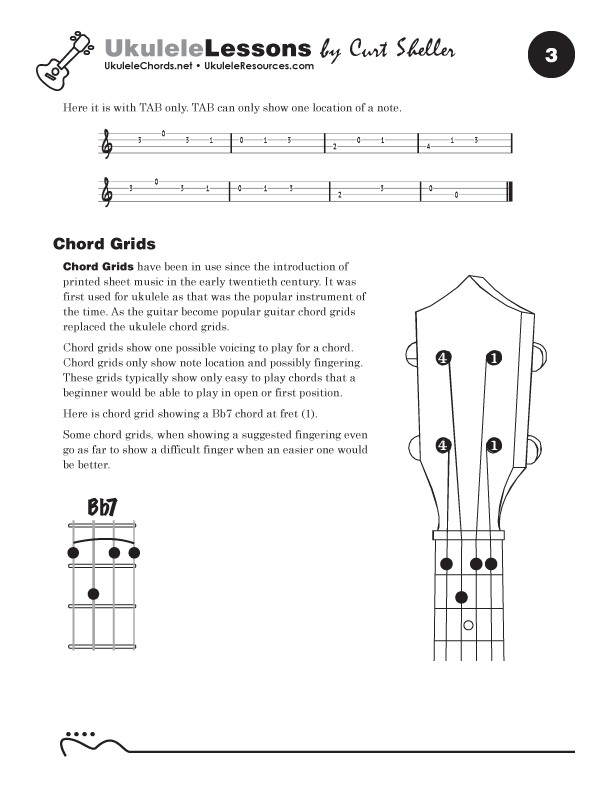 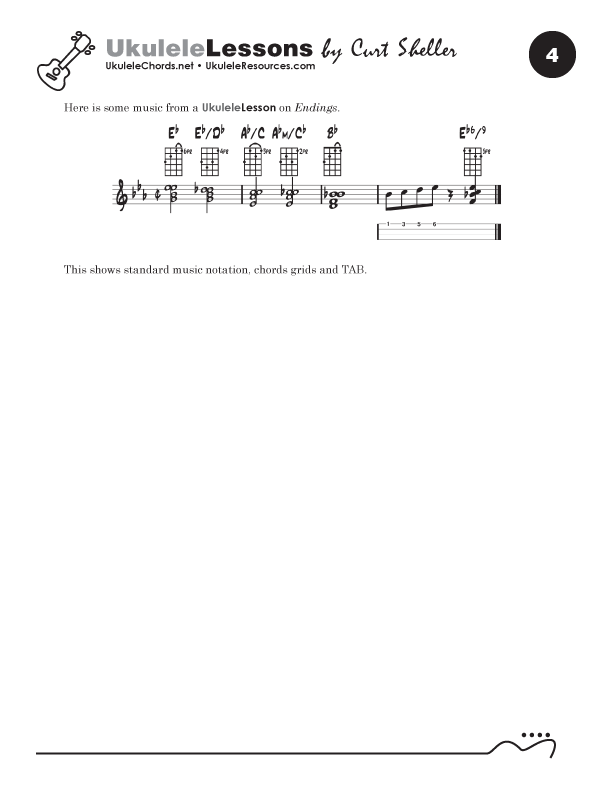 TAB or Tablature is an alternate form of musical notation, which tells players where to place their fingers on a particular instrument rather than which pitches to play.

TAB is a secret language between guitar players and ukulele players. Although a shortcut to getting started it serves to alienate one from the rest of the music world.

There is an old joke that goes like this: "How do you get a guitar play to turn down? You put sheet music in front of them.". Unfortunately, this also applies to ukulele players.

TAB can not show the contour and rhythmic density of music or address the ukulele’s ability to play the same note at alternate locations. See the Ultimate C Chord .

TAB is a secret language that guitar players and ukulele players use. Although a shortcut to getting started it serves to alienate one from the rest of the music world.

Reading TAB is NOT reading music. It‘s more like painting by numbers. 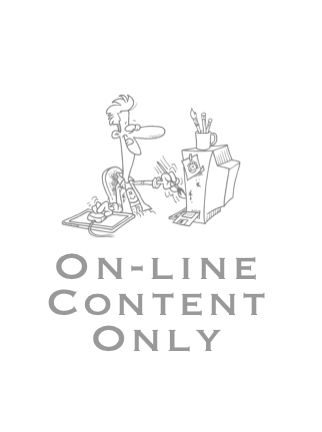 Congrats, you have finished the Reading Music on Ukulele - The Primer series. This next series of lessons will take your reading to the next level and have you reading like a pro. 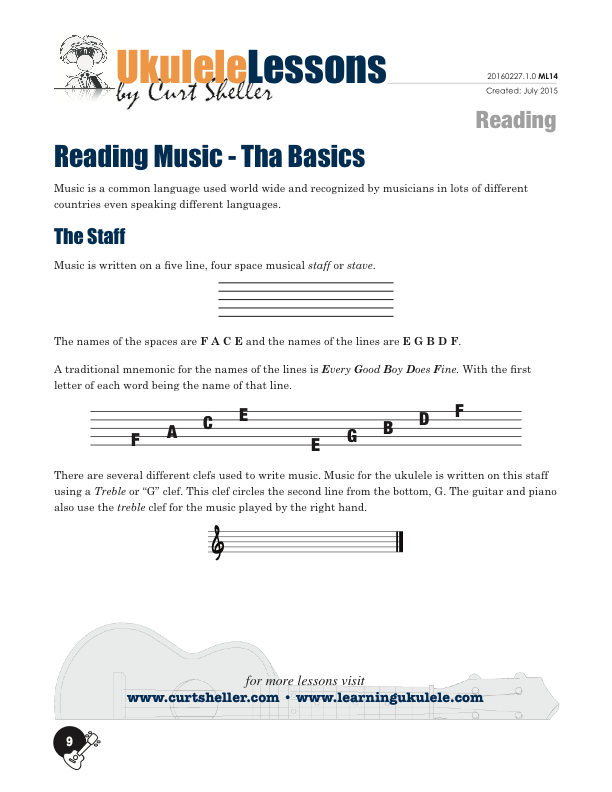 Music is a common language used world wide and recognized by musicians in lots of different countries even speaking different languages.

This lessons gives a basic understanding on how to read a lead shot, song sheet, chord chart, etc...

There are a few things in music that students and players avoid. These are things like learning to read and knowing the notes of their own instrument. It is hard on guitar - but not so hard on ukulele. With the right guidance and plan of attack. IT IS EASY.

If there's one thing that has the biggest return on your time and investment to learn it's really, really knowing the names of the note of the guitar fingerboard. This series takes a step-by-step approach to finally learning the fingerboard.